Note from the editor:
As most of my most dedicated readers know, I have always found that there is something inherently revolutionary about cinema. Storytelling in this medium can shape our perspectives on life, and film has served as one of the only mediums that can encompass the full scope of human emotion, thought, and action. With each story being told, and each facet of a character being explained or purposely withheld, it is important to both enjoy film for the art it brings and analyze it critically to understand how said films can influence a reflection upon ourselves.
With that being said, I called upon someone who knows way more than I do about the technical and artistic aspects of film making to point out some of the best films to watch during the difficult times we find ourselves in today. Kim Otzelberger is an artist and film maker I’ve been following since we met at a writers conference last November. Kim’s production company, Bearheart Productions, is one that has produced pictures that are thought provoking and have a great emphasis on detail. I highly recommend you check her out on social media, as well as the website for Bearheart Productions (all linked below)!
Much love,
Rodolfo
Editor of Me Talking

Over the past six months, the world has completely changed. With this, daily life as we know it has slowed down, opening up the possibilities to live like a kid again. Like many other individuals, I was furloughed. With this, I had numerous hours to spend anyway I wanted to. Some days I sat and stared at the wall, others I played video games, some days I even exercised. But almost every day, I made the time to watch at least one new movie or a few episodes of a new series. I like to consider myself a movie buff, but there is always room to experience new films.
Here are my top five quarantine must-see films for 2020! 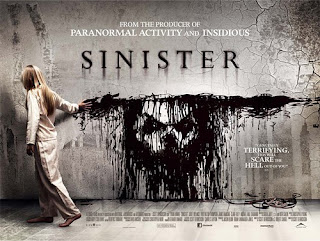 A true-crime writer is struggling to come up with his newest book’s plot, but after moving into a house down the street from a murder, the story may be closer to home than he may think.

I am a Horror movie lover. I adore films such as Alien (1979), An American Werewolf in London (1981), Hereditary (2018), and Suspiria (2018) to name a few of my favorites. I would definitely add Sinister to that list. From beginning to end, the film will absolutely grip you as an audience member. And while I pride myself on not being too scared during a Horror film, this one actually left me sleeping with the lights on. You can find this film on Netflix currently, so I highly recommend you watch it before it goes away. 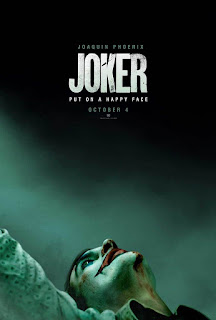 Tormented, beaten, and alone, a failed comedian regains his smile from horrific crimes.

This film honestly surprised me. Now I knew the film had gotten appraisal from every human being on this Earth, but I never like to get my hopes up. You should get your hopes up with this film. I loved it. Gorgeous cinematography, incredible acting, Joker will leave you wanting to watch it again and again. This film is currently streaming on platforms with purchase such as Hulu Premium and Amazon Prime (Premium Membership).

Filmmaker Ava DuVernay explores the history of racial inequality in the United States, focusing on the fact that the nation's prisons are disproportionately filled with African-Americans.

This film is important. This film was important when it first came out, it was important two years after, and it is still important today. Do yourself a favor, sit down and actually listen to this film. Education is key for what’s going on in the world currently, and it starts with us to get it changed. 13th is available on Netflix currently, and is a part of their Black Lives Matter collection. 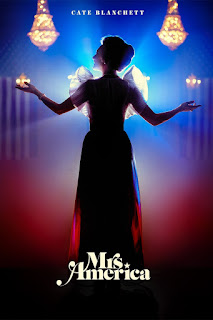 This is the story of the movement to ratify the Equal Rights Amendment (ERA), and the unexpected backlash led by Phyllis Schlafly, aka "the sweetheart of the silent majority."

The cast alone makes this series amazing. You name it, Sarah Paulson, Cate Blanchett, Uzo Aduba, Elizabeth Banks, the list goes on and on. If you ever need a powerful female cast boost, put this show on. I get chills just thinking about “Mrs. America”. One can find this film on Hulu currently, but is definitely a one of a kind film. 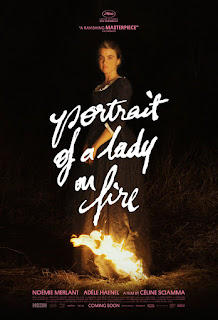 France, 1770. A painter is commissioned to do the wedding portrait of a young woman who has just left the convent, but sparks start to fly the minute the paintbrush hits the paper.

You know when you watch a film, the ending credits start to role and you just sit there in silence? That is how incredibly crafted Portrait of a Lady on Fire is. Everything about this film is breath-taking. This film will easily be my favorite film of 2020 and will live on in my top 10 favorite movies for a very long time. This film is currently available on Hulu, and is by far one of the most beautiful films of 2019.


For more movie reviews, you can find me on all social media (Twitter, Facebook etc.) at @bearheartproductions or @bearheartstudio. I also have a tumblr blog dedicated to women of horror films, @bearhearthorror. Also, check out my website to see some of my past projects and current ones I'm working on: https://bearheartproductions.wixsite.com/kimotzelberger

Posted by DolfTheGod at 3:00 PM