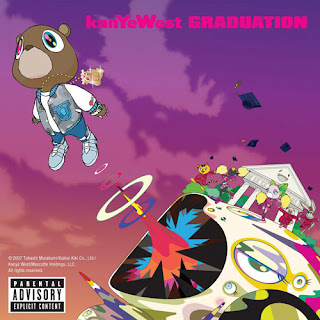 I’ll never forget when I graduated 5th grade. I made a short speech because I was vice president of the school student council (to my sister who was president) when being in that position mattered. I wasn’t at all worried, as a matter of fact, I was excited. The thought of speaking to 300 or so parents felt like such an “impactful” thing to do at the time. I remember I wore a suit and tie with dress shoes half a size bigger than my feet. To be in that moment was magical. I swear to you, when I spoke, there wasn’t a sound in the gym. Not from the students, not from the parents. When I was done, they clapped for me, and as I walked back to my seat, my fifth grade teacher was in tears. The graduation ended, and I went home with my family to celebrate. The weird thing about all this is, besides the fact that this was the first time I’ve ever seen someone cry because of a speech, even after all these years, after the words I spoke on that stage have left my memory, and the speech just became a part of the piles and piles of documents my family keeps in the basement, I still have people, whom I have never met, come up to me and tell me they remember that moment. Now, I don’t mean countless amounts of people in the street wait for me to tell me this, but those who have the chance to speak to me in school or when I’m at a local store waiting in line to pay, one of the reasons they say they remember me is because of that speech. And that’s a great moment to be remembered by. Something sort of funny is that that wasn’t the only time I have ever made a speech. In my 8th grade graduation I was chosen to be the male student representative of my school’s graduating class. That speech, for some odd reason, didn’t settle in as well with the parents as my previous speech, and I don’t really know why people were bewildered and even a little angry by the time I was done, and I don’t think I will ever know. Anyway, I enjoyed speaking on those two occasions, and hopefully I’ll be able to do that again someday.


*I want to dedicate this post to my little sister and, who will be graduating from the fifth grade tomorrow, and my big bother who just graduated from high school (Although it’s just the fifth grade, and she has a long way to go, it’s still worth celebrating).
P.E.N.T.C.I.
Posted by DolfTheGod at 6:34 PM No comments:


Posted by DolfTheGod at 9:52 PM No comments: 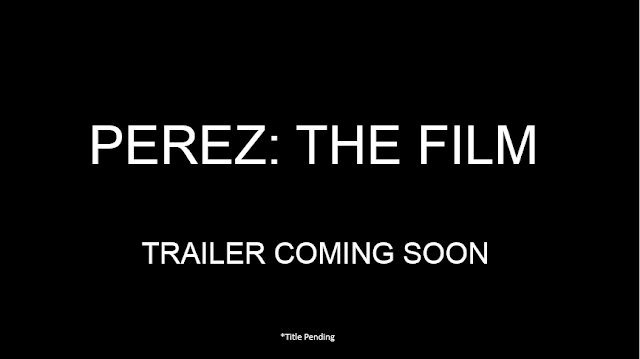 Posted by DolfTheGod at 7:47 PM No comments:

Hello everyone and welcome to another edition of Me Talking. Well, the hallmark holiday known as Mother’s Day has just passed, and because of that, I observed a few things that were abundantly clear as the holiday made its yearly turn:
1)      People are weird at expressing their love for their mothers.
2)      Actions speak louder than words.
I mean, I know you love your mother, but do you really have to announce it to the world on social media. I’m sorry to say that even my blog was targeted for such abuse. A man, let’s call him…oh shall his name be… Gumby. Yes, so Gumby E-mailed me requesting for me to give him a shout out on this blog, and after I denied him he began to send me E-mail after E-mail wanting to know why. I asked if his mother read this blog, and he replied no. See, I’ve always wanted to give my mother a shout out on her favorite radio station or even a happy birthday on her Facebook wall, but my mother does not listen to radio or have a Facebook so why would I? That’s why you won’t find me giving shout outs to just random people, except for Jeremy, but he died so that was an exception. My family doesn’t read this blog, they don’t even support me in doing this blog so why should I be spurting out admiration for these people to people who have never met them? I appreciate my mother as I’m sure all of us do, but that doesn’t mean we have to tell EVERYONE about it. I’m sure you guys understand. Anyways, on to Father’s Day, which surprisingly doesn’t get as much praise and hype as Mother’s Day.
P.E.N.T.C.I.


NOTE: So sorry guys for having a fucked up schedule in terms of content release. Besides the E-mails from Gumby, I understand that the past few posts have not been as long or “not my best work” as one of you put it. But don’t worry, one aspect of this blog is improving my skill and making better and better content. Again, I know you guys understand.
Posted by DolfTheGod at 5:30 PM No comments:

I’ve never hated anyone. I get angry sometimes at people, we all do, but I think I skip the step of hatred and sort of move to this feeling of sadness when I’m faced with someone who doesn’t like me. What is hate? It’s so easy to say “I hate him” but what do we really hate about them? Do we hate the idea of them or the fact that we have some idea of him? The fact that he or she is able to take up a moment of your thought and that jus infuriates the person thinking. I once thought I hated this kid in my 5th grade class, but the truth was, I just felt bad for him because he was too dumb to realize that he was doing stupid things in his life. I may not have all the answers, and I’m pretty damn sure I will never have all of them, but I can guarantee that no matter where we go in our lives, we are all on the same team, and we kind of have to be, whether we like it or not because we are social creatures, and we have to think on a social level in some way.
P.E.N.T.C.I.
Posted by DolfTheGod at 12:18 AM No comments:

Hello everyone and welcome to yet another edition of Me Talking. To be brief with you guys, I am busy, and not in the good way. I love being busy as long it’s with things I like to do, but what I’m doing right now leaves me tired, pissed off, and isolated. For one, I am very behind on my math. Like, REALLY behind. So, I have to catch up with that. I have an AP exam this Friday which I am “thrilled” for, a test college algebra test on Tuesday, and one on Wednesday, a French exam on Friday and a Physics test on Thursday or Friday. Besides that I have clubs, meetings, exercise oh and let’s not forget, the up and coming finals. *sigh* well, I guess I enjoy most of the clubs I go to, and it’s not like my AP teacher taught me much. People keep telling me “you’ll survive” and “Just go with the flow” but I just cannot afford to do that right now. So I write about it, here with you guys reading, and I thank you for that. Oh well, in the future I’ll probably read this post (assuming the world doesn’t collapse leaving me with a total waste of my time) and see how critical these tests I am going to take were in the long run. So, I will continue to study, look over my notes, and try to make the best of it while keeping the best of intentions in my heart. Anyways, I got my first two comments some time ago, which is pretty cool. I get some E-mails from you guys asking certain questions, telling me to do or say something on this blog, or my personal favorite, telling me to post your work. I promise, for any of you who are waiting to see your work on this blog, your day is coming soon, just give me some time. Besides that, expect some new stuff sometime soon. Hope to see you guys around. Thanks for tuning in and have a great day.