Ugh. I never really know how to open these general posts for this blog. I used to try and be formal when I first started posting, but now it just feels weird to introduce myself in general. I hope everyone has been doing well. For those who have not been reading the past few updates, I finally graduated from college after four long years! Who knew that the best time of my life was going to be so damn stressful? Anyway, leaving college opened up a lot of time for me these past few months, and I found myself getting a lot of writing done as well as doing a lot of preparing for my gap year, which sounds way more relaxing than its turning out to be. I’ve enrolled in some classes at my local community college in order to get some extra courses that will benefit me when I get into a graduate school program. I think the most pressing issue at the moment for me is finding an internship where I can get some extra experience to really set myself apart. I feel like the volunteer work I’ve been doing is great for grad school applications, but its honestly impacting my mental health a little more than I would like (ironic considering I volunteer at a crisis line). Besides that, I really REALLY don’t want to go back to work at some restaurant or retail store again. It’s bad enough dealing with rude people most of the day, but working in a place like that during a pandemic for little pay? Not exactly something I’m dying to go back to. More updates on that later.

Going away from that area of my life, I want to talk a little bit about what I have planned for this blog. Reader, I’ve been doing this for a long time, and I am itching to bring some fresh perspectives on things. I’ve spent the last few months learning about different medias that I really want to try out with this website. Currently, I am working on my first serious collection of poems that I want to do a lot with. I don’t want to spoil any of the surprises, but I want this collection to be more than a set of expressions that can be read. I want this collection to be a narrative that is expressed and experienced through as many senses as possible. I’m really excited to be working on this project, but I would love some feedback from you, dear reader. Is there a particular idea or medium you enjoy the most? Let me know either in the comments, through email, Twitter (@OfficialRodolfo), whatever works.

I’d like to end by just thanking all of you once again for visiting this site and reading. A lot of the time, when I write these things, I feel like I’m whispering in the middle of a busy street, but then I see that there are some of you that are actually listening, which makes all of this just a little more rewarding and meaningful. So thank you.

If you aren’t subscribed, please do. It helps the blog maintain consistency.

My time in the sunshine

Warming away the cold worry

Making it smooth and glowing

No thing can end This

The crimson hue of my closed eyelids turn dark.

My skin, once cozy, turns icy.

I feel the wind, it forces itself on me.

The clean blue abyss above has turned white.

A cloud has obscured my beloved luxury.

Posted by DolfTheGod at 7:30 PM No comments: 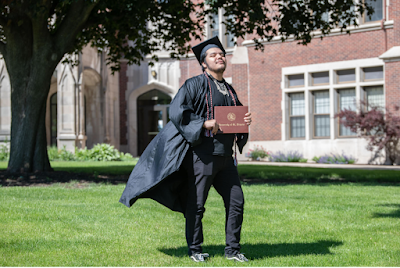 *Note* This post contains the use of a racial slur. I do not encourage its use, and I apologize if any reader finds themselves triggered by its presence in this post.

For those of you who are not aware, I have spent the last four years working to attain a bachelor’s degree, and I finally reached that goal at the beginning of May! I had no doubt I would graduate, but I wondered how my perspective on my own life and my reaction towards our society would shift. I was riding on a high after four long years, so I decided to treat myself. A few weeks after getting my degree, I decided to treat myself to a nice grilled cheese from a small place in Naperville. I don’t think I’ve ever went into detail about my obsession with grilled cheese, but goddamn are they good. It was a nice, breezy evening, and I was walking towards the Riverwalk, grilled cheese in hand. I was thinking about graduate school programs and reading about one on my phone as I was walking. The streets weren’t very busy, and everything was calm. I stopped at an intersection, put away my phone, and began to cross the street. There was one car waiting at the stop sign. It was a small red Mini-Cooper. I thought nothing of it as I walked, but as I neared he end of the street, the voice of a man belted from the small car.

As I began to turn around, the car quickly sped off, leaving me in a state of anger and confusion. I have been called a lot of things throughout my life. Unfortunately, racism in the United States is profitable, and when white people make up the majority of the population, it is rarely ever addressed. However, this encounter hurt a little more than all the others. I was fuming, but I did not know what to do. I didn’t see the mans face, and I didn’t get the car’s plate number. I felt powerless. In past experiences I was able to yell something back at least, but this was different. I was left alone. After quickly realizing the reality of the situation, I began to walk back to my car, grilled cheese in hand. The sandwich was delicious, but I haven’t gone back since.

There are a few things I always assumed were going to be constant in my life. The first was the drive to learn new things, and the second was the level of dedication I hold to my community and to the future. If you are a longtime reader of this blog, you’ve seen how quickly perspectives and art can change over the years. I don’t think I’m the first self-proclaimed artist to say that. However, not all things change. The things fought against 100 years ago are still in our homes today. The more I talk to new people and get a taste of what their life is like, the more I see that their problems are the same problems that have penetrated the soul of the United States throughout its history. Brothers and sisters are still starving, the poor are suppressed, and white power surges in nearly every administrative branch of our society. We make our baby steps towards progress, and we make our baby steps away from it. Some things never change.